The School-Based Health Alliance surveys state public health, education, and Medicaid offices triennially to assess state-level public policies and activities that promote the growth and sustainability of school-based health centers (SBHCs).[1]  The fiscal year (FY) 2017 survey found that 16 states and the District of Columbia  reported investments explicitly dedicated to SBHCs – one fewer than the previous survey in FY2014. More detailed findings from the survey are provided below.

Sixteen states and the District of Columbia allocated funds totaling $91.3 million to SBHCs for school year 2016-17—a slight increase of seven percent from 2013-14 (link to Map 1). California was the first state in more than a decade to establish an office for school-based health centers, but has yet to appropriate any public funds for their operations.

Table one and chart one highlight key findings across eight data collection points between 1996 and 2017.  Over the last two decades, the number of state public health or education departments that fund SBHCs (“state SBHC program offices”) has decreased 54 percent, from 37 to 17. Despite the decline in the total number of states with state SBHC program offices, the total funding for SBHCs increased 118%, the number of SBHCs supported by states has increased 76%, and the total number of SBHCs across the U.S. has increased 187%.

One of the best illustrations of the positive effect of state-level investment in SBHCs is represented in the 21-year growth of SBHCs in states with SBHC program offices compared to states without (link to Chart 2).

The states vary in their approaches to a funding allocation strategy. The majority of state SBHC programs date back to 1996 (and earlier); many of the funded SBHCs have been grantees since the creation of the program. With few exceptions, most of the state programs operate under a noncompetitive renewal process, with disbursal of funds to SBHCs contingent upon provision of progress reports and performance data. Funding amounts are dictated by annual appropriations; increases to state program funding levels are used to augment existing grantees or put out for competition to support new SBHCs.

States use a mix of criteria for establishing funding priorities and award levels, including number of SBHCs operated by a sponsoring institution, complexity of patient demographics and population needs, staffing and service models (i.e. primary care, mental health, specialty care), and school size/number of SBHC enrollees.

We asked the states to describe the types of school-based delivery models that are eligible to receive state-directed funds (link to Table 2).  They include:

All state SBHC program offices collect data from their SBHC grantees, including processes and outputs such as enrollment, number of visits, types of diagnoses, billing revenue, and financial accounting. They also collect data on quality measures such as annual well care visits, depression screening, and immunizations. The periodicity of collection varies, ranging from monthly, quarterly, semi-annually, or annually. The reporting format differs across states, as well: some extract the required data elements directly through electronic health records, while others require SBHCs to submit through an online data portal or excel spreadsheet (see Table 3).

In general, states adopt one of two approaches to Medicaid and school-based health centers:

States that afford special status to SBHCs under Medicaid typically:

Examples of these state policies can be found here: https://www.sbh4all.org/advocacy/medicaid-policies-that-work-for-sbhcs/.

[1] Some version of this survey has been administered to states very 2-3 years since 1993, first by Making the Grade, a national program office of the Robert Wood Johnson Foundation housed at George Washington University, and subsequently by the School-Based Health Alliance starting in 2005. 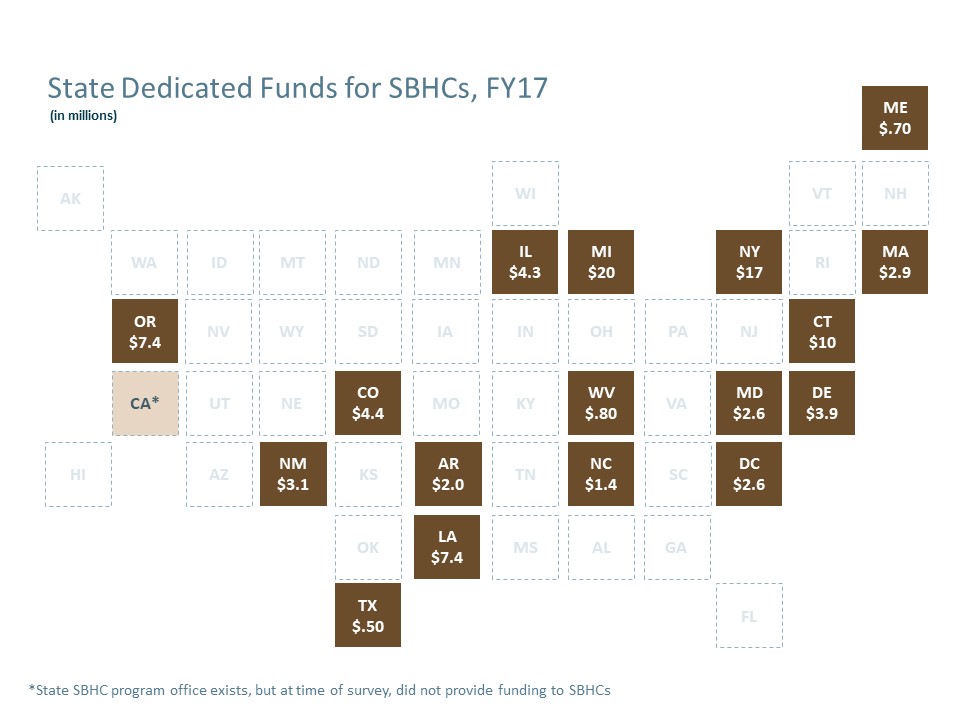 Map 2. Percent Change in State Investment From FY14 to FY17 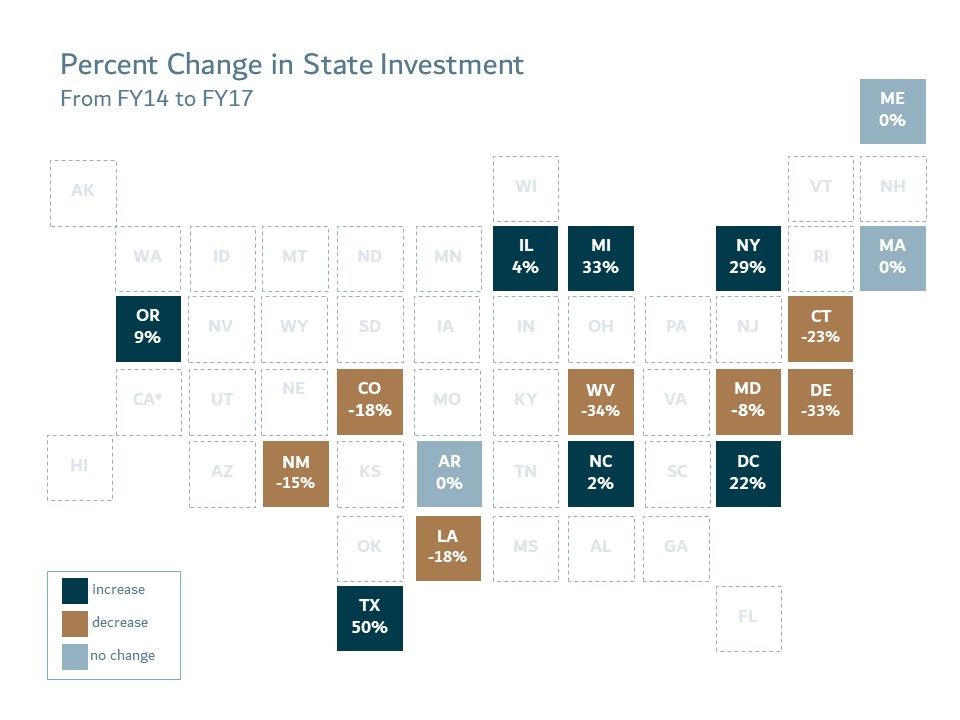 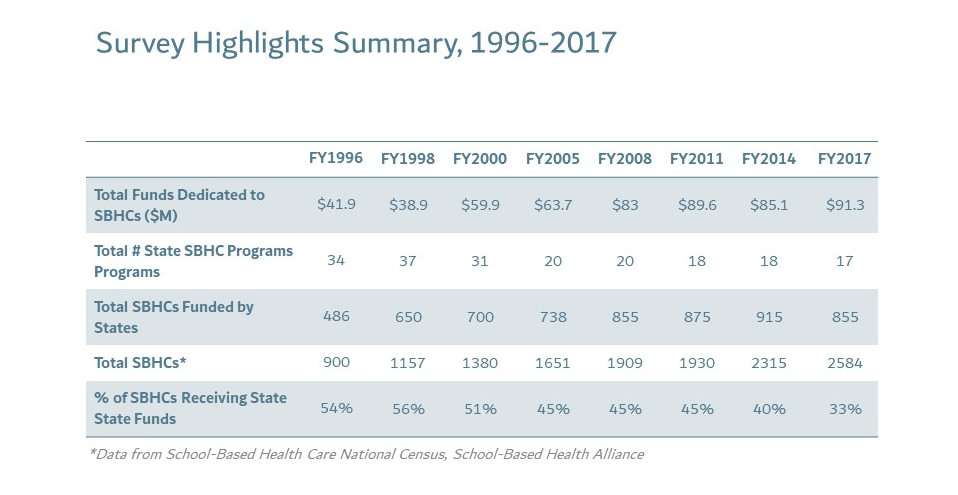 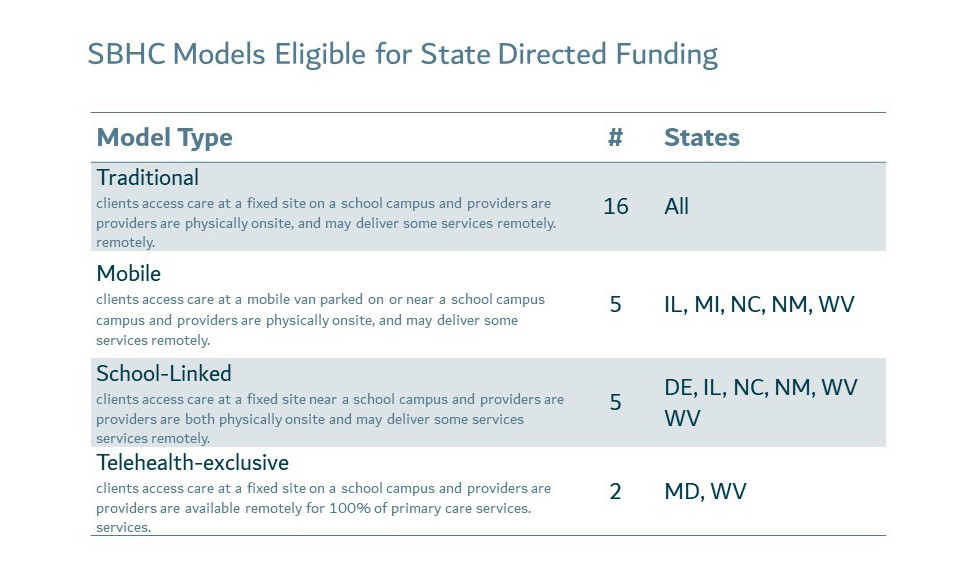 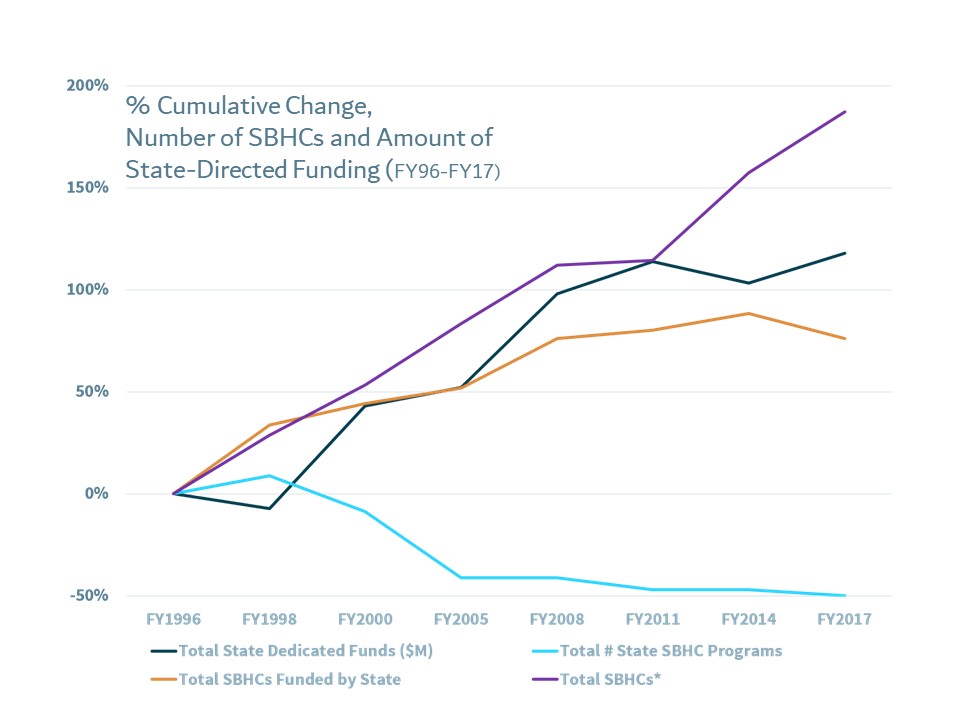 Chart 2. Percent Cumulative Change: Total Number of SBHCs in State with and without dedicated funding (since 2004-05) 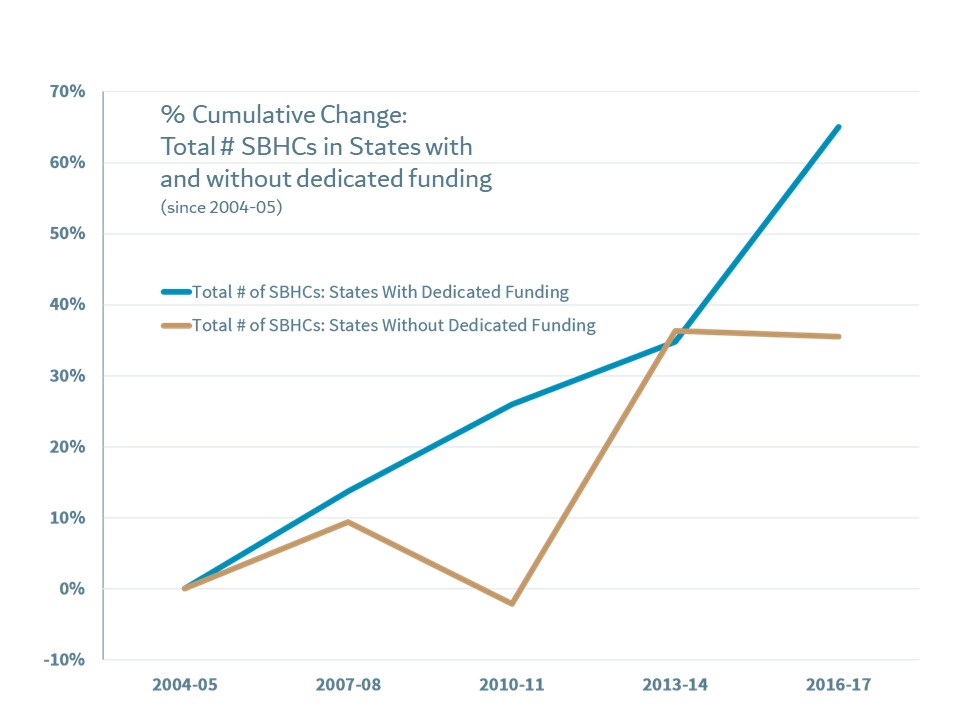 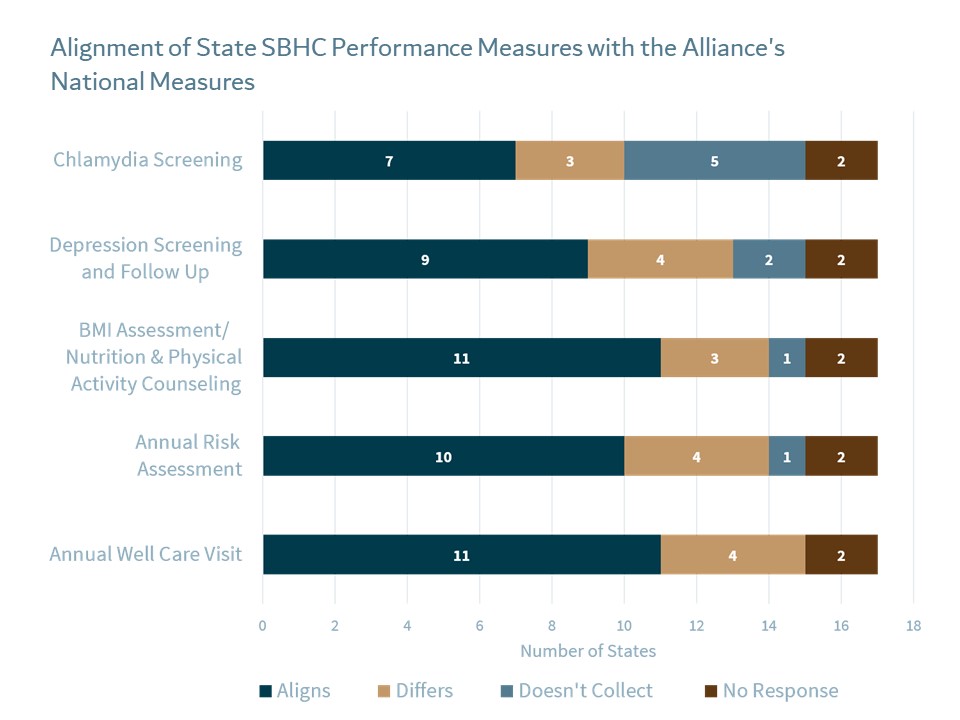