Redirecting the War on Drugs: How Youth Today Play a Pivotal Role

Redirecting the War on Drugs: How Youth Today Play a Pivotal Role 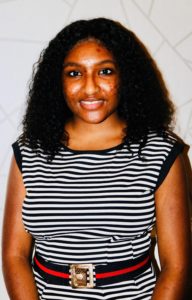 Baila is a high school senior at South Hagerstown High School. She is focused on tackling mental health stigmas and healthcare discrepancies associated with youth in America, as well as youth across the globe.

In science class every child learns the importance of the right conditions necessary to nourish a germinating seed – water, soil, sunlight, etc. Much like the youth of today, seeds cannot mature without basic principles as the foundation for their growth. Thanks to autonomy and the human consciousness, youth have the ability to manipulate their foundation to either support or suppress their growth. In the recent decade the latter has seem to become a trend among adolescents through substance use. Youth today are more at risk from suffering the ramifications of substance use, making it important for health professionals and parents to establish safe boundaries to prevent addiction.

Thanks to autonomy and the human consciousness, youth have the ability to manipulate their foundation to either support or suppress their growth.

The American Medical Association identifies substance abuse addiction as a disease because of the chemical changes associated with the individual’s brain once under the influence. The social stigmas associated with substance abuse tend to dismiss the scientifically proven notion that it is, in fact, a disease, a very overlooked one at that. The effects of substance abuse are more psychological than physical compared to infectious diseases. And we all know what the deal is when it comes to psychological affairs; the world we live in tends to shut the door on that – if we can’t see it, it doesn’t exist. As humans, our overdeveloped prefrontal cortex allows us to diversify our response stimulus to everyday situations. The brain of an addicted individual laughs at this – alcohol and drugs transmute stimulus into dependability, rendering said individual mentally impaired. The user becomes dependent on the sentiments developed after the release of neurotoxins associated with euphoria, thus addiction. This urge for more is what takes hold of 20% of Americans. Within this 20% falls the fragile and delicate minds of youth whose drug usage displays long-term cognitive/behavioral affects.

I came across this contemplation at the most iconic showcase of high school rivalry there is – the North Hagerstown versus South Hagerstown football game. It was around this time of year that everyone seemed to have utmost respect for our mascot. Regardless, tensions were running high and if I’m being completely honest here, so was half of the student body. As a future public health officer, one can assume this was not the most ideal environment for me. Everyone was doing it, all of it – smoking, juling, drinking, you name it. Don’t get me wrong, I’m not one to judge, but things really started to settle once I myself was offered a hollowed-out cigar filled with Marijuana, I always thought that because I grew up around substance abuse, I knew what it was like to be under the influence. I’ve seen its effects in the ugliest forms – domestically, legally, and medically, but I had never been in a situation where my own temptation was being tested. It was easy to consider those who subdued to peer pressure to be “weak-minded” or a “follower” when I wasn’t the one on the receiving end.

…I had never been in a situation where my own temptation was being tested.

As I stared at the contents being presented to me, I began to realize just how dangerous the human brain is at a time of vulnerability. This time of year, things weren’t exactly rainbows and butterflies for me, so I allowed thoughts of agreement o manipulate my mind until suddenly, I took a real good look at myself. This wasn’t fun, a few seconds of euphoria wouldn’t have done anything for me long term, and frankly I have seen the effects of drug use in my community. This mental maturity when it comes to standing my ground with my thoughts and beliefs has stemmed from my own personal experiences with substance use via those around me. I realized, peer pressure wouldn’t have made me “say yes to drugs”, it only presented the option. Standing up to the inner pressure we all know to be our own consciousness is the true battle to overcome. How does this help health professionals and parents?

Considering teens psychologically are not fully developed, it makes adolescents more susceptible to peer pressure which in turn usually is the catalyst to start using in the first place. Other contributors include genetic predisposition to drug use, easy access, and even mental instability. It is naive to think that getting rid of drugs altogether will automatically relieve all problems among the youth community. The root of the issue is in point, the lack of engagement and awareness within youth. There are cracks and holes that deepen when an individual finds the opportunity to indulge in certain substances. Why is it that adults have better judgment? It is not necessarily that adults are smarter, but more aware and in tuned with their own set of principles based on experience. With the increase of technology usage i.e. – social media within younger populations it has been harder and harder to resist the urge to “fit the mold”. The mold needs to change, needs to stop being based on unsteady foundations such as perfect figures, faces, popularity, and most of all substance use. It has become a culture to jule, despite the fact that the effects of juling really are not known. Which leads me into how awareness is a huge factor in stopping the drug crisis within teens.

The root of the issue is in point, the lack of engagement and awareness within youth.

Communities lacking proper healthcare infrastructure available to all citizens usually have the highest rates of substance use among youth. Without proper service available to cater to different populations, people get left out in the cold (many times those people are teens). Usually what happens is that youth are not even aware of the services that can be provided to them. Not only do we need to raise the number of facilities available, but also properly advertise services to adolescents. Also, by raising youth engagement within the community and globally as well it is sure to refrain adolescents from indulging in things that have no real purpose. Not only are youth to be introduced in the world with a receptive perception to life, but also with the notions creating change by starting with themselves.

Addiction is a psychological disease that is impacting the youth of America, countermeasures based on prevention should be implemented to cease the seemingly cyclic effects of substance abuse.