The financial model for school-based health centers (SBHCs) varies from community to community. Included in the basic building blocks for sustainable programs are patient revenue (third-party and self-pay), public and private-sector grants, and in-kind partner support to cover non-billable expenses. The SBHC funding portfolio is diverse, including an average of four different grant sources. 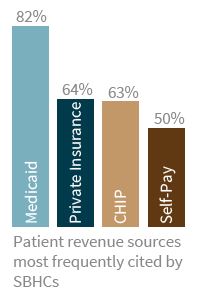 In-depth: Various analyses of SBHC financing have found patient revenue to be directly influenced by policy and practice environments. This includes states’ Medicaid and CHIP reimbursement policies, the type of fiscal agent running the SBHC, the distribution of SBHC users by payer, and the administrative capacity of sites to bill and collect from third-party insurers. 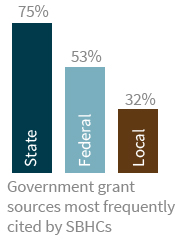 In-depth: In 1991, Henry Ford Health System (HFHS) opened the doors to an SBHC in one of the first middle schools in metro-Detroit to have a center of this kind. That experience paved the way for an impressive two-decade expansion. Today, HFHS delivers more than 15,000 services annually to medically underserved students in 12 school and community settings and two mobile medical centers. The program provides complete, interdisciplinary, and confidential services that meet the needs of students where they spend most of their time. The initiative is financed by patient revenue and many public and private partners–the largest being HFHS itself, which commits $1 million annually. In addition, the SBHCs account for nearly $4 million annually in community benefit dollars, which HFHS reports to the IRS and to the community. Click here for more information on the Henry Ford Health System. 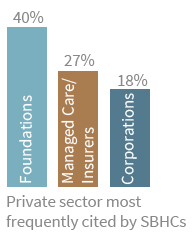 In-depth: Interact for Health, formerly The Health Foundation of Greater Cincinnati, is a regional grant-maker working to improve the quality of life for people living throughout the Cincinnati region. Begun in 1999, the now 15-year, $15M financial commitment has yielded 26 SBHCs serving 25,000 students across the region. The program’s comprehensive evaluation has contributed to a clearer understanding of the model’s impact on outcomes and cost. Click here for more information on The Health Foundation of Greater Cincinnati.